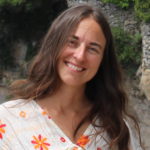 Aprille began practicing yoga in 1993, first studying on her own with books, then later seeking out a teacher. She dreamed back then of becoming a yoga teacher, but it would be years before that became a reality. Over the years Aprille studied a variety of styles of yoga. After years of sitting stationary in the technology field and dynamically moving while rock climbing, Aprille came to Kaiut Yoga with a variety of injuries. Somewhere during that time Aprille had children, which had also altered her body in ways that required healing. After stepping into her first Kaiut Yoga class, Aprille immediately recognized the benefits of Kaiut, experiencing sensations she hadn’t felt in all her years of other yoga practice. Aprille studied with Francisco Kaiut in Boulder and in Brazil over the last several years. The greatest joy she experiences is helping to guide others to experience greater freedom of movement and enjoyment of their bodies, ultimately healing themselves. 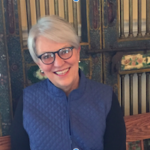 For the past four years Pam has devoted herself to the practice of Kaiut Yoga, which has become a passion in her life. Although she didn’t start out thinking she’d become a Kaiut Yoga teacher, that idea grew along with her passion. At first, Kaiut Yoga was all about healing her ankle after three major surgeries in a single year. After a couple of years at the Barn, she also realized that she’d found a special community that was as healing to her as the yoga was. At this time of her life, it feels like a natural progression to share the practice about which she cares deeply, and which she studies consistently. Pam is engaged in ongoing teacher training with Francisco Kaiut, and she loves sharing the joy and healing of Kaiut Yoga. With five children and five grandchildren, she’s especially grateful that Zoom allows her to be with her family, study with Francisco, teach, and practice Kaiut Yoga daily, no matter where she is. 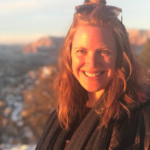 Sara is a clinical herbalist, nutritionist, and flower essence practitioner with a BA in Art and Education. Currently, Sara is the director of the Flower Essence program at the Colorado School of Clinical Herbalism. She brings years of experience in the healing arts using botanical medicine, visual arts, education, and ceremonial practices. Her academic, professional and personal journeys have guided her to dive deep into supporting the emotional body as an agent of transformation. Most recently this journey has lead her to Kaiut Yoga. For Sara, the Kaiut method has provided an exceptional avenue to explore the physical, mental and emotional body while holding the nervous system in a way that is kind and nourishing. She is truly enthusiastic to be sharing this practice with others. 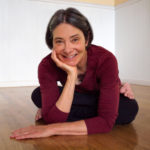 Wendy Zerin, MD has been practicing yoga since 1989. She has been studying with Francisco Kaiut since 2014 and is a certified  Kaiut Yoga instructor.  Wendy is the founding teacher at Barn Yoga where she has been offering classes since 2017.  In addition to her thirty years as a yoga practitioner, Wendy draws on her background as a physician and teacher of Insight Meditation to bring  an unusual depth of understanding of mind, body and spirit to her yoga teaching.