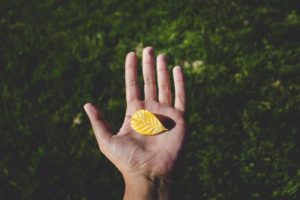 Although most of you know me only as your Kaiut Yoga teacher,  no one could be more surprised than I am to find myself in this role.  My journey to becoming your teacher has been rather a mysterious process, one that  I would like to share with you by telling you about some of the twists and turns along the way.  I also want you to know about the vitally important part that you have played in that journey.

So here’s my story:

After nearly a decade of “lost years” in my twenties during which I was pursuing my medical training, I was well into my thirties by the time I found my way to my first yoga class.  Because of my natural flexibility, I discovered that yoga, unlike most physical disciplines, was something I was “good at”.  I enjoyed the challenge of doing more advanced poses and I enjoyed the vitality I felt after a rigorous class.  My yoga practice also served as a lifeline to my sanity, providing at least some measure of comfort to my nervous system, frazzled as it was from the hard work of parenting and doctoring, not to mention the hard work of simply being alive.

This way of practicing seemed to serve me well enough for a quite a number of years, but somewhere along the line I began to feel that something was out of sync between me and my yoga practice.  Although I was not aware of any lessening of my ability to do the poses, I began to notice that I stood out in class for being older than the rest of the students, many of my same age peers having dropped out due to injuries or inability to keep up in such rigorous classes.  I supposed I was one of the lucky ones who had not  been seriously injured doing yoga, but I did begin to wonder whether it was simply a matter of time before I too would have to stop practicing, which would have been a great disappointment to me. What I wanted was a yoga practice I could continue to do for the rest of my life.  I wanted a yoga practice I would not have to  abandon as I aged,  but rather one which could actually deepen over time.   So even though I had not been injured and even though I could keep up in class, as I passed my sixtieth year, I began to feel that my yoga practice was not the right fit for me anymore.  It had become a practice consisting of putting my body into difficult poses simply because I could  rather than a  practice which was providing my body with the poses that it actually needed.

Despite this growing discontent with my long-time practice, I stayed with it for lack of a better alternative.  That is, until one day, while wandering the aisles at McGuckin’s Hardware Store here in Boulder, I ran into an old friend from yoga, who, like so many others my age, had stopped coming to classes and had dropped off my radar.  He told me about an extraordinary yoga teacher from Brazil who had developed a radically different approach to yoga.   He told me that this teacher had been coming to Colorado for a few years to teach classes and that he would be coming again but not very soon.  When he mentioned this teacher’s name, Francisco Kaiut, I somehow mysteriously knew that this would be an important teacher for me.  I jotted down my email address for him and asked to be notified when this unknown teacher was in town. END_OF_DOCUMENT_TOKEN_TO_BE_REPLACED

Francisco will be offering a special workshop at Kelly’s Barn on Friday, May 25th, 9AM-11AM in which he will discuss the theory behind the the Kaiut Yoga method and will offer guided yoga instruction. Don’t miss this extraordinary opportunity to experience Kaiut Yoga as presented by its creator!   Advance registration strongly recommended as space is limited. 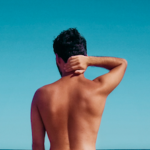